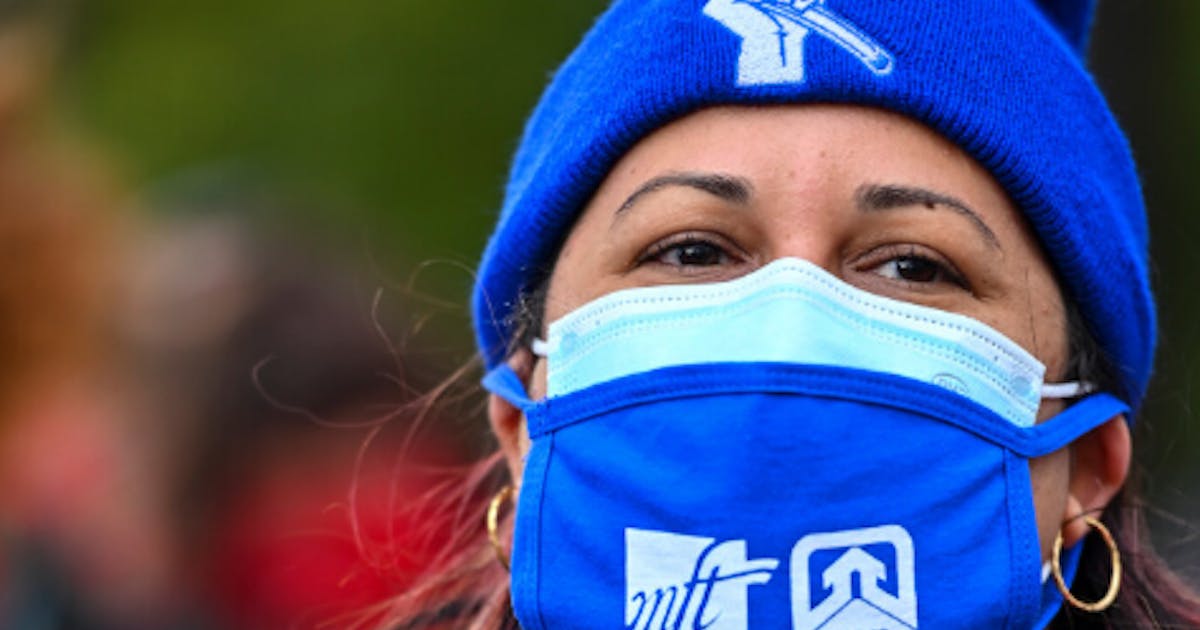 Minneapolis teachers challenging part of the school district’s reopening plans celebrated a victory on the eve of their return to in-person work.

Staff who previously had work-from-home accommodations, or are applying for them, will not have to return to in-person work on Monday, according to a temporary restraining order issued by the Hennepin County District Court on Saturday.

The teachers union has asserted that the Minneapolis district was denying such accommodations for teachers who are at high risk of COVID-19 complications or care for someone who is.

More than 2,900 Minneapolis schools’ staff were called back to work in person, starting Monday, as the district prepares for its youngest learners to return to school buildings in phases over the next few weeks.

Of those staff, 232 had filed requests for accommodations or leave as of Tuesday; 172 requests have been granted and the rest are still being processed.

The order from the Hennepin County Fourth Judicial District Court comes days after the Minneapolis Federation of Teachers filed an unfair labor practice charge with the Public Employment Relations Board and a request for a court order that would block the district from reassigning teachers to work in person, which the union says is a violation of its labor contract.

The injunction was filed Thursday and a hearing was held on Friday afternoon, specifically requesting that the court order the district to accept accommodation requests and stop reassigning teachers.

In the ruling, the court said that teachers have already proven they can teach remotely, and since about 40% of Minneapolis students have opted to continue distance learning, the accommodations should be able to be made for teachers requesting to work at home.

In a statement on Sunday, Greta Callahan, the teachers union’s president, said she hoped the ruling would bring relief to educators and said the union is “frustrated” that the concerns about accommodations had to be taken to the courts.

District spokesman Dirk Tedmon said Sunday that returning is “a complex, multifaceted effort and we will continue with our plans until and unless directed to do otherwise.”

Should Remote Work Pay Be…

The companies rejecting the work-from-home…

Looking for a Remote Job?…

6 Ways to Convince Your…

Home vs office: What is…