Why surging Ether cryptocurrency is next best bet after… 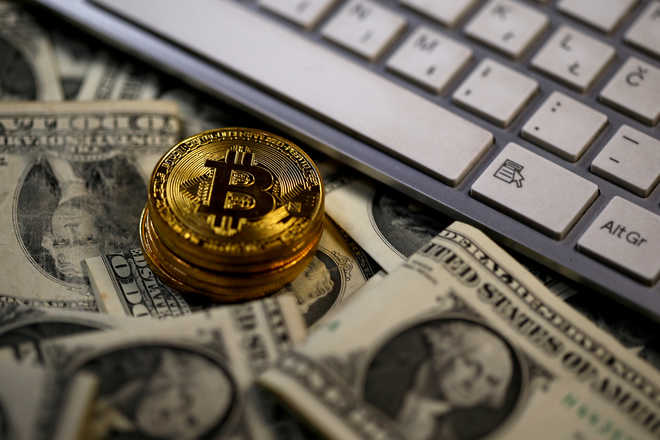 As the surging Bitcoin grabs most of the headlines, Ether or Ethereum, the second biggest cryptocurrency, is touching record valuation and could still be bought cheaper—for nearly Rs 1.16 lakh or $1,600 for one Ether.

According to industry players, Bitcoin which is hovering around $40,000 is beyond the reach for most investors while Ether that has touched an all-time high is still within reach.

“Now that Bitcoin has hit a record high and is consolidating, investors are adding Ether. Together the two cryptocurrencies constitute nearly 80 per cent of the total crypto market cap,” Pagidipati said.

“Nearly 3 million ETH ($3.8 billion) have been locked up for long-term staking, removing them from the buyable supply. With lower supply comes higher prices,” Shivam Thakral, CEO of BuyUcoin said that Ether is touching record valuation because Bitcoin is consolidating and investors are looking at Ether to reap greater economic  benefits in the long term.

“Ethereum is up about 135 per cent since the start of the year and is expected to become as valuable as Bitcoin in the years to come,” Thakral added.

“We hope Indian counterparts will take note of this and enable the growth of the digital asset industry in India by providing a positive regulatory environment. Ethereum Blockchain has very strong fundamentals and a lot of projects are using it to power their infrastructure.”

As India plans to introduce the ‘Cryptocurrency and Regulation of Official Digital Currency Bill, 2021’, to prohibit all “private cryptocurrencies” in the country, the industry stakeholders have come out in unison hoping that the Indian government would listen to all stakeholders before taking any decision.

“As  more people see new applications for the Ethereum protocol, like staking, they’re realising that Either is real and has lasting value, just as they are realising the truth about Bitcoin,” said Pagidipati.

Owning one full bitcoin is probably a dream now for most people.

“But you can still buy a full Ether for Rs 1.6 lakh, still in reach for many. Those who remember Bitcoin at that price may be thinking that this opportunity won’t last for much longer,” the ZebPay CEO noted.

The Reserve Bank of India (RBI) is already exploring the possibility as to whether there is a need for a digital version of fiat currency and in case there is, then how to operationalise it.

The apparent softening in RBI’s stand on cryptocurrency came after the Supreme Court last year set aside a circular issued by the RBI that barred any entity from providing  banking services to anyone dealing with virtual or cryptocurrencies.

The RBI, in its booklet on payment systems, noted that central banks around the world are examining whether they could leverage on technology and issue fiat money in digital form.

With the overall value of all cryptocurrencies surpassing the $1 trillion mark, industry experts have said that crypto may become the most important asset class of  the 21st century and India needs to catch up fast with the global trend. — IANS

Indians over 45 are exploring…

This new cryptocurrency has people…

You Have Cryptocurrency Questions. We…

2 Reasons to Invest in…

Best Cryptocurrency to Invest In…