Anger against tech giants led me to cryptocurrency: Nischal Shetty of WazirX – Mint

Anger against tech giants led me to cryptocurrency: Nischal… 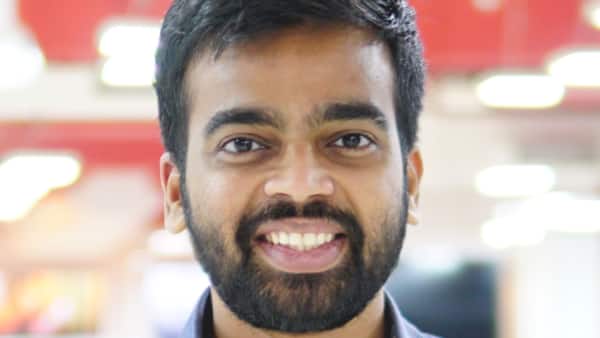 Nischal Shetty, founder and CEO of WazirX took to cryptocurrency after his previous business was hit by actions of global tech giants. A software engineer from Mumbai, Shetty shares his story with Mint. Edited excerpts:

Tell us about your background

I’m a software developer. I grew up in Mumbai and studied engineering in Mangalore. I worked in a company in Bengaluru for 2 years before being hired by a start-up in Mumbai called Burrp.com in 2010. This is how I got introduced to the world of startups and entrepreneurship. On weekends I used to try different coding projects, just as a hobby. One of these was an app to manage social media, called Crowdfire. This was the early days of social media networks like Facebook and Twitter and we were able to spot ways in which users could improve their social media following. To give you an example, our app could identify all the followers of your competitors and follow them – thus making them aware of you and migrate to you. Crowdfire grew rapidly and I was able to quit my regular job and shift to managing it. Eventually however the western tech giants changed the rules and now you cannot really grow your social media following without paying them in some way. Crowdfire of course still exists in B2B format, but its previous individual-facing avatar is no more. It is this situation – dependence on centralised giant corporations that got me interested in cryptocurrency and blockchain which are by definition decentralised.

Why did you launch WazirX?

I began dabbling in crypto in 2017 and towards the end of the year I had identified several gaps in the market. There were long waiting times to buy bitcoin and spreads were too high. Bitcoin exchanges were faceless and this created a trust problem. I decided to launch an exchange and enter this space towards the end of that year. In this exchange, I was a very visible face and was available on social media from the inception. Initially I just put up a page announcing the launch and asking users to sign up – I got 20,000 signups with just that! WazirX was launched in March 2018, shortly before the RBI ban on crypto related payments. The ban actually became our opportunity. Established exchanges folded up or left India. We pivoted to a crypto-to-crypto model. Traders could still convert rupee to crypto and back on our exchange – it’s just that the transactions were carried out through an escrow route rather than directly through our bank account. For example, if A wanted to buy crypto from B, the seller B would have to deposit crypto at our exchange which we held in escrow. Once B gave us confirmation that he had received the funds, we would release the crypto to A.

I was looking for global expertise and Binance fit that bill. There wasn’t much innovation in crypto in India but there was plenty happening abroad. The Binance acquisition gave me access to all that. I also wanted to grow rapidly and growth needs capital. Binance was able to provide that. The acquisition has paid off in retrospect. Within 3 months of the it in December 2019, the Supreme Court lifted the RBI ban on crypto payments. Our users and volumes have exploded since then 20 to 30 times over. People were stuck home during the lockdown and took to crypto investing in a big way. We now have around 17 lakh users and we’ve added around 2 lakh even after the news of another alleged ban came out in February. In that month our volume was USD 2.5 billion and I expect around 60-70% of that was rupee-crypto volume and not just crypto-crypto.

Cryptocurrency works on network effects and those effects have already begun working, without Indian participation. Network effect means that as more and more people use a thing, applications and use cases related to it become more and more cost effective, in turn spreading it further. Secondly cryptocurrency is a 1.7 trillion USD market, just a little short of India’s current GDP. If we really want to reach a $5 trillion economy, can we do it without participating in this vast market? Third, our nation’s success in the past 3 decades has come from software. I don’t think that we can continue to be a software powerhouse if we neglect the next big shift in tech – blockchain and cryptocurrency. Last but not least, around 1 crore Indians have already invested in cryptocurrency and around ₹10,000 crore worth of Indian assets are in it. Around 340 startups in India are in this field. There is an entire ecosystem around cryptocurrency in India – do we really want to destroy it? Coinbase an exchange that is supposed to go for an IPO soon in the US is valued at $68 billion. India should also create billion dollar startups. If cryptocurrency isn’t banned in India, WazirX could be India’s first crypto unicorn.

Decoded: What is a cryptocurrency and how does a blockchain work? – Business Standard
Facing Bias in Facial Recognition Technology – The Regulatory Review