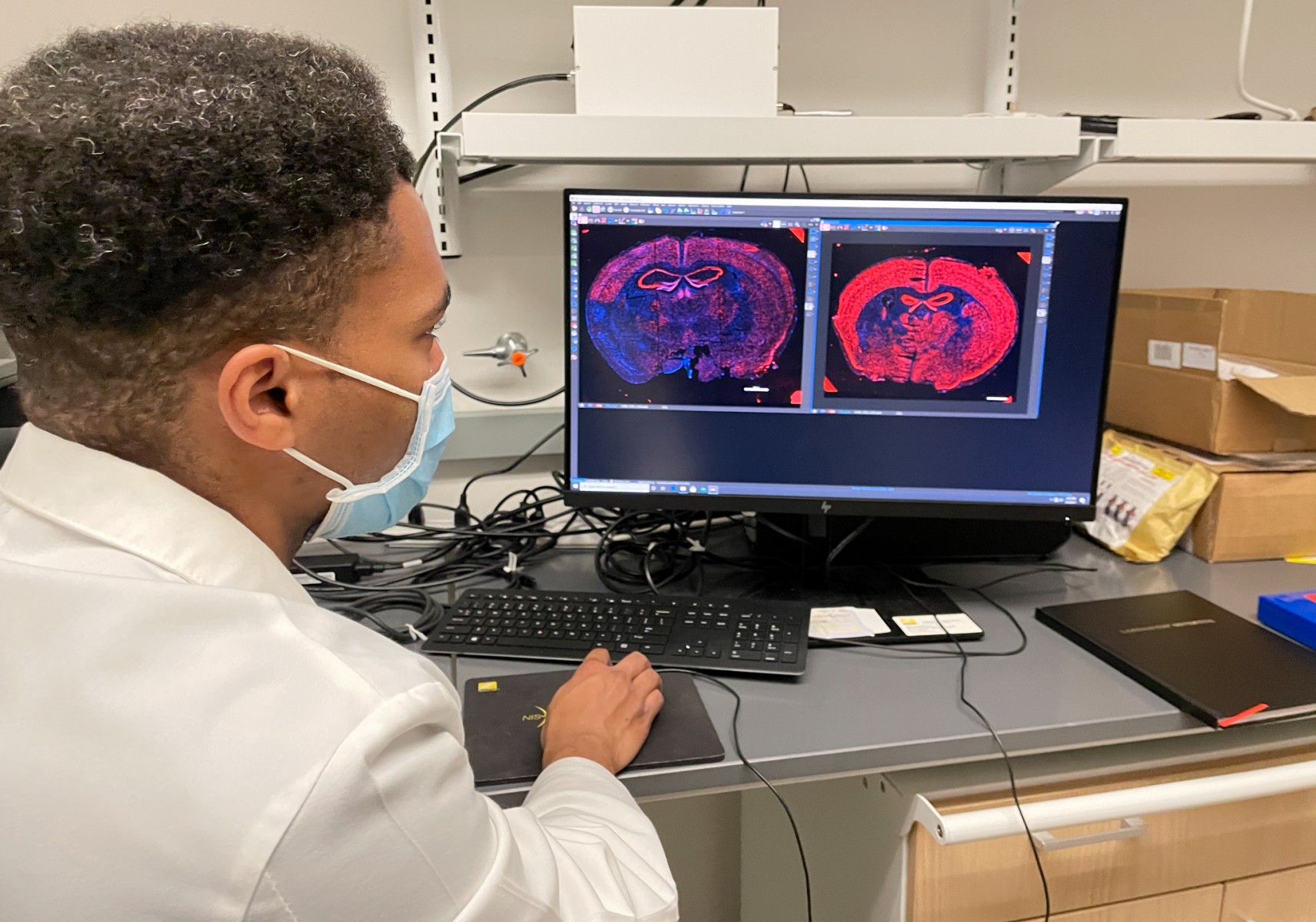 Scientists at The Ohio State University have developed technology to “retrain” cells to help repair damaged brain tissue – an advancement that may someday help patients regain speech, cognition and motor function, even when administered days after an ischemic stroke.

Researchers in Ohio State’s colleges of Medicine and Engineering use a process created at the university called tissue nanotransfection (TNT) to introduce genetic material into cells. This allows them to reprogram skin cells to become something different – in this case vascular cells – to help fix damaged brain tissue.

The study findings are published online today in the journal Science Advances.

In this mouse study, cells were “pre-conditioned” with specific genes and injected into the stroke-affected brains, where they promoted the formation of new blood vessels via reprogramming and the repair of damaged brain tissue.

“We can rewrite the genetic code of skin cells so that they can become blood vessel cells,” said Daniel Gallego-Perez, an assistant professor of biomedical engineering and surgery at Ohio State who is leading the research. “When they’re deployed into the brain, they’re able to grow new, healthy vascular tissue to restore normal blood supply and aid in the repair of damaged brain tissue.”

Researchers found that mice treated with the cell therapy regained 90% of their motor function. MRI scans showed damaged areas of the brain were repaired within a few weeks.

“We found that the mice have a higher recovery because the cells that are being injected into the affected area also release healing signals in the form of vesicles that help in the recovery of damaged brain tissue,” said Natalia Higuita Castro, assistant professor of biomedical engineering and surgery at Ohio State and a co-lead author on the study.

Every 40 seconds, someone in the United States suffers a stroke. It’s the second-leading cause of death worldwide, and those who survive often have irreversible brain damage resulting in paralysis, speech impairment and loss of motor function. No treatments exist to address the lasting and debilitating damage to brain tissue caused by stroke.

Although medical advancements have allowed doctors to clear clots in the brain faster and improve outcomes, this is only effective if done within a few hours of the stroke, before the brain tissue dies. About 80% of ischemic stroke patients don’t receive the clot-busting therapy in time to prevent permanent deficits to their speech, cognition and motor function.

“The thought was that once brain tissue dies, that was it,” said Dr. Shahid Nimjee, a neurosurgeon at The Ohio State University Wexner Medical Center, a member of Ohio State’s Neurological Institute and co-author of the study. “We’re now learning that there could be opportunities to regenerate cells to restore brain function.”

Researchers continue to study this approach, and they’re also exploring other potential uses for this technology to treat brain disorders such as Alzheimer’s and autoimmune diseases.

The Ohio State research team spans across the departments of biomedical engineering, neurosurgery, biology, nutrition, neuroscience, neurology and surgery, as well as the biomedical science graduate program. The team also includes scientists at the Georgia Institute of Technology in Atlanta, National University of Colombia in Bogota, Colombia, and Indiana University School of Medicine in Indianapolis.

Will work from home outlast coronavirus? Ford’s move suggests yes – Crain’s Detroit Business
After Covid, Should You Keep Working From Home? Here’s How to Decide. – The Wall Street Journal

The People Trying to Use…

How technology is helping to…

Technology Advances Are Needed to…

TGS and Horisont partner for…