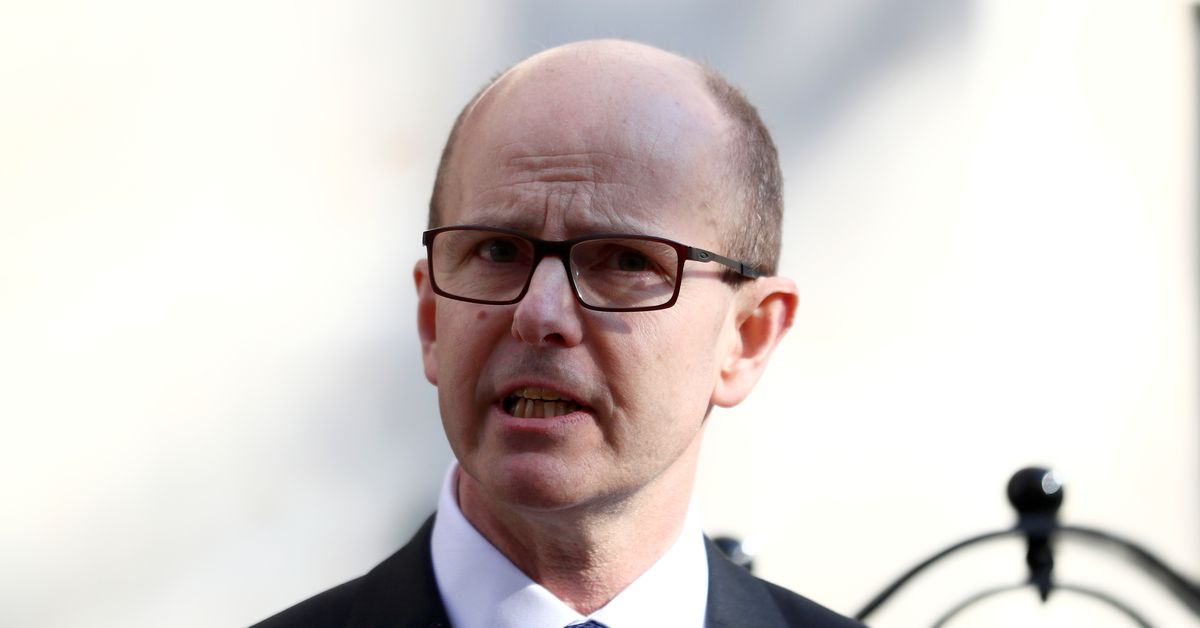 GCHQ Director Jeremy Fleming delivers a speech as he meets with Britain’s Queen Elizabeth during her visit at the Watergate House to mark the centenary of the GCHQ (Government Communications Head Quarters) in London, Britain, February 14, 2019. REUTERS/Hannah McKay/Pool

The West must urgently act to ensure China does not dominate important emerging technologies and gain control of the “global operating system”, Britain’s top cyber spy said on Friday.

In an unusually blunt speech, Jeremy Fleming, director of the GCHQ spy agency, said the West faced a battle for control of technologies such as artificial intelligence, synthetic biology and genetics.

“Significant technology leadership is moving East,” Fleming said at Imperial College London. “The concern is that China’s size and technological weight means that it has the potential to control the global operating system.”

“We are now facing a moment of reckoning,” he said.

World powers will compete to shape the future by developing the best technology, hiring the people with the best brains and dominating the global standards that will govern the technologies, Fleming said.

GCHQ, which gathers communications from around the world to identify and disrupt threats to Britain, has a close relationship with the U.S. National Security Agency and with the eavesdropping agencies of Australia, Canada and New Zealand in a consortium called “Five Eyes”.

Fleming said that if Britain wished to remain a global cyber power then it would have to develop “sovereign” quantum technologies, including cryptographic technologies, to protect sensitive information and capabilities.

Fleming said quantum computing, which uses the phenomena of quantum mechanics to deliver a leap forward in computation, was getting closer and posed huge opportunities but also risks.

The West should forge ahead with developing quantum-proof algorithms, he said, “so we’re also prepared for those adversaries who might use a quantum computer to look back at things that we currently think are secure”.

He called for better fostering of market conditions to enable innovation, and create a diversity of supply in a broader set of technologies.

Fleming said China was “bringing all elements of state power to control, influence design and dominate markets” while trying to dominate debates about global standards.

He said digital currencies held significant promise to revolutionise the finance sector but posed a potential threat to liberties if abused by illiberal states as they could enable “significant intrusions into the lives of citizens and companies”.

Russia remains the biggest immediate threat to the West but Communist China’s long-term dominance of technology poses a much bigger problem, he said.

“Russia is affecting the weather, whilst China is shaping the climate,” he said.