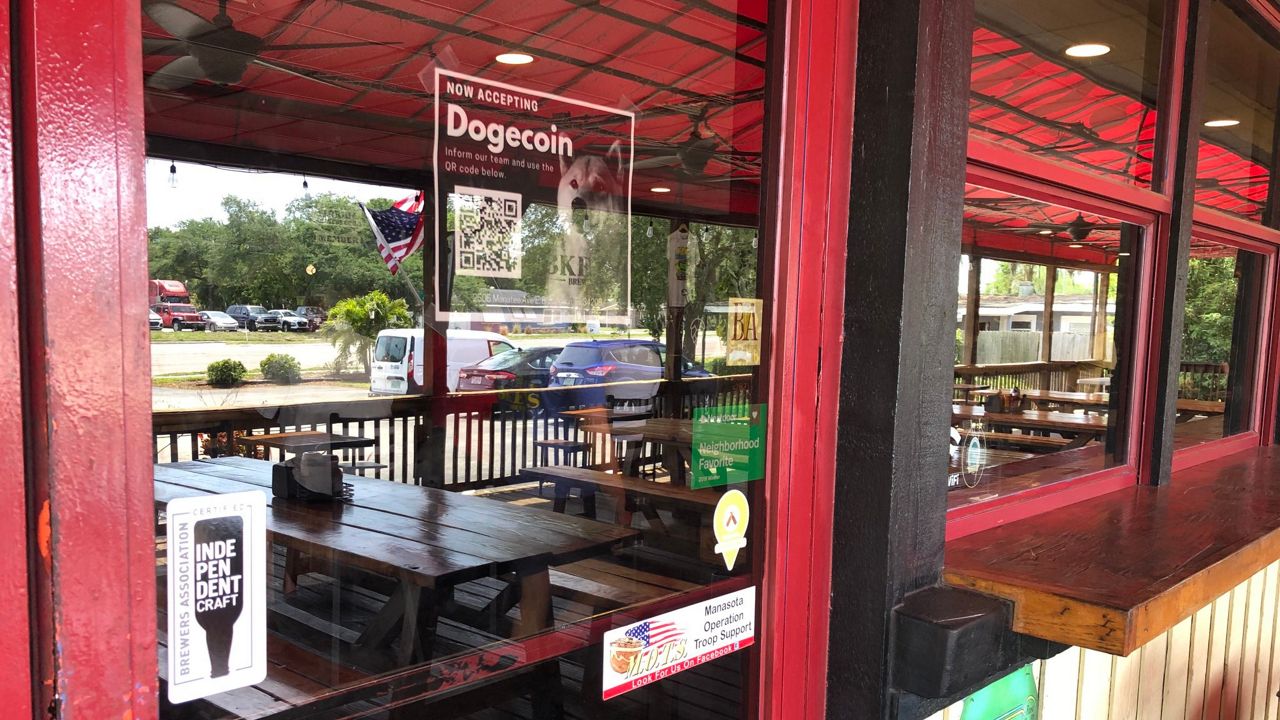 BRADENTON, Fla. — A picture of a dog next to a QR code now hangs in the window at 3 Keys Brewing and Eatery in Bradenton. It shows the latest way you can pay for your burgers or beer, by using Dogecoin.

What You Need To Know

The cheeky cryptocurrency hit an all-time price high this week when it surged more than 85% in less than 24 hours.

General Manager Tom Desiato said the decision to accept Dogecoin was made as a way for them to adapt and stay ahead of the trends.

#Dogecoin started as a joke, but is recent days has some value. The concept is so interesting… to pay as many Dogecoin for a meal as they’re worth that day. Here’s what economics professor David Sacco has to say about using cryptocurrency in restaurants and if it’ll stick @BN9 pic.twitter.com/AmN6QpqzAN

The process is set up so any customer wishing to use their Dogecoin can scan a QR code and pay through their Apple wallet. Desiato said he understood the risk involved, because the value of Dogecoin fluctuates daily, but it was a risk they are willing to take.

“If it takes off then we could potentially make money off of that and invest it back into our business,” he said.

David Sacco, an economics professor at the University of New Haven, compared cryptocurrencies to more of a technology stock than an actual currency. But, he agreed that as long as the business is set up for it, it will work in a restaurant setting.

“It’s still kind of feeling its way around,” he said. “I don’t think most people who own cryptocurrencies are going to be using it to transact just yet, but clearly we’re moving more and more in that direction especially as more and more establishments begin to accept it.”

It will just be a matter of if people want to use their Dogecoin for products or services.

“People are not yet thinking about the value of goods and services in terms of how many Bitcoins they’re worth, or how many Dogecoins their worth,” he said. “But the more we talk about it the more legitimate it becomes.”

As Scrutiny of Cryptocurrency Grows,…