Women and jobs: Will work from home push more women into the workforce? – Business Standard

Women and jobs: Will work from home push more… 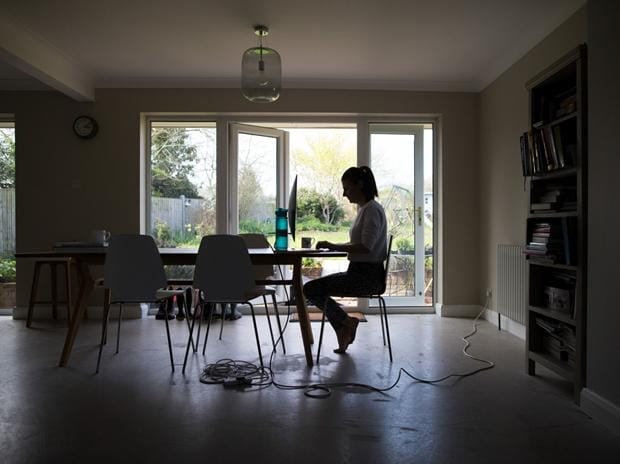 “Consider it a preview” most researchers opine as they highlight how the lockdown has impacted women employment and reversed gains made in recent years. A working paper from Azim Premji University titled “Down and Out? The Gendered Impact of the Covid-19 Pandemic on India’s Labour Market” highlights that women in India are 7 times more likely to lose work during the national lockdown and 11 times more likely to not return to work after a job loss.

CMIE data, which perhaps is the best indicator to determine job losses, shows a persistent decline in the employment rate for urban women. Before the start of the pandemic, 7.5 per cent of women in urban areas were employed. The number fell to 5 per cent in April and has barely recovered since. Data from February 2021 shows an employment rate of 5.4 per cent.

Not just India, in January, the US’s National Women’s Law Centre reported that nearly all the jobs lost in the country in December belonged to women. While women lost 156,000 jobs, men gained 16,000 jobs during this period. The study further states that since February 2020 — when the pandemic started spreading across the country — women have accounted for 55 per cent of the total job losses. In 2019, women in the US workforce outnumbered men for the first time since the start of the decade.
While the latest WEF gender gap report shows that India slipped 28 slots to 140th among 156 countries in the latest rankings, it doesn’t show the actual picture on the ground. The report places India above Pakistan and Afghanistan in the sub-continent. However, data from the ground indicates that even Pakistan has a better female labour force participation than India. India might have more rules safeguarding women’s rights in the work environment, but that has not enthused women to join the workforce.

Economists opine that female labour force participation is also a factor of household income — as household income increases, fewer women enter the workforce. Bangladesh, which overtook India last year in terms of per-capita income, has bucked the trend and witnessed female labour force participation rise from 24.65 per cent in 1990 to 36.37 per cent in 2019.

In Bangladesh, the rise in per capita income has accompanied a rise in female labour force participation, guaranteeing more equality. In India, this has not been the case.

In 2011-12, 45.6 per cent women were enrolled in undergraduate courses. By 2018-19, their enrollment had increased to 49 per cent. In postgraduate courses, the jump has been even starker from 47.5 to 56.4 per cent. PhD enrollments have increased only three percentage points in these 8 years.

The point is not whether more women are educated, rather if they are educated in fields that have witnessed a rise in jobs. India’s service sector rise and computerisation have led to an explosion of jobs related to Science, Technology, Engineering and Mathematics (STEM) fields.

An Indeed report from 2019 shows that STEM careers witnessed a 44 per cent increase in job postings on the website’s portal between 2016 and 2019; in contrast, women enrollment in undergraduate courses in engineering colleges marginally increased from 28.3 per cent to 28.9 per cent, as per AISHE data.

Female participation in institutes of national importance and colleges like IITs is even lower. Government efforts have increased female enrollment in IITs by 2.5-times between 2016 and 2020; at one-fifth of IIT enrollment, it is still abysmal.

The education to job conversion suffers from a similar bias. STEM enrollment in India is a high 40 per cent–this includes science graduates where women outnumber men, but the share in jobs is a low 14 per cent. In contrast, data from ILOSTAT shows that despite having a lower level of graduates in STEM fields (25 per cent), in Bangladesh, the female share of STEM occupations is 25 per cent.

India, in this regard, was much similar to UAE, where females accounted for 42 per cent of STEM graduates, they only had a 15 per cent share in employment.

The fourth industrial revolution and the gender gap

Are women more susceptible to job losses with companies adopting more automation? Given how the purpose of automation is to execute tasks that are repetitive, jobs may be lost in the coming years. Estimates vary from 8 per cent to 47 per cent, but every study agrees that the world would need more people with specialised skills, especially in engineering and STEM domains. If that is indeed the case, then given the current biases, women do lose out with more automation.

However, the estimation of automation risk is difficult to determine. A Brookings paper from 2019 analyses that even though two studies (McKinsey Global Institute and Brookings Metropolitan Policy Programme) place men at a higher risk of automation, the Institute of Women’s Policy Research study estimates that women are 52 per cent more likely to lose a job than their male counterparts.

While the paper says that women are more likely to benefit from job growth in less automatable fields like nursing and teaching, that supposition may not hold for India. In higher education, 58 per cent of those employed are male. The only level where female teachers outnumber male teachers are the primary classes, where, according to the MHRD report from 2017-18, there are 183 female teachers for every 100 male teachers.

Not everything is going against women though. While technology is expected to show a bias, the demand for work from home may push more women into the workforce. Moreover, new gig economy jobs and the easing of transactional economies can also push women to pursue their careers. Nevertheless, the government needs to focus on getting more women in the workforce and involving more in STEM careers. The new science and technology policy, released earlier this year, envisages a greater role of women. As the old saying goes, the proof of the pudding…

West faces a moment of reckoning over technology, UK top cyber spy says – Reuters
Over $200 billion wiped off cryptocurrency market in a day as bitcoin plunges below $50,000 – CNBC

Work from home? Check out…

A Smart Manager’s Guide to…

Working From Home Has All…

Since COVID, more companies are…

The Future of Work From…