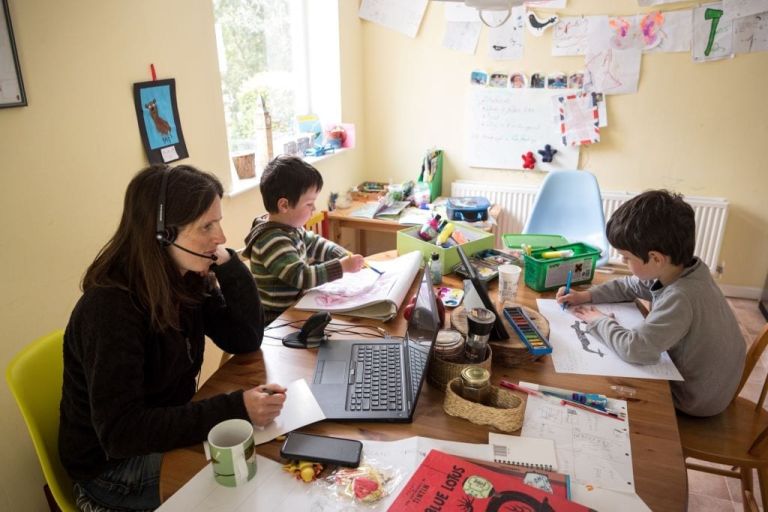 Working from home has been about as unavoidable the past 12 months as the debate about its impacts on the business world. From fears of decreased productivity to a future with far more wide-open office space, working from home has everyone wondering how doing business will change after the globe emerges from the coronavirus pandemic.

Now, a new working paper from the Becker Friedman Institute at The University of Chicago is shedding light on our homebound habits, finding that remote work will lift productivity in the U.S. economy by 5 percent.

Using survey data from 30,000 working-age Americans, three researchers found that savings in commuting costs and time were the main factors in boosting productivity. Survey respondents were even willing to take pay cuts to continue working from home for part of the week after the pandemic.

But, because of fewer commuters, the study also predicted a 5 to 10 percent drop in spending in cities as employees spend less money on food, shopping and entertainment near workspaces. A Brookings Institute report found a similar relationship between office employees and city spending, Commercial Observer reported.

“In preliminary calculations…we project that overall consumer spending will drop 5 to 10 percent or more (relative to the pre-pandemic situation) in San Francisco and Manhattan because of declines in net inward commuting and less spending near employer premises,” according to the study. “Their central business districts will see considerably larger spending drops relative to the pre-pandemic levels.”

The study anticipated that 20 percent of full workdays will be taken from home after the pandemic ends, compared to just 5 percent prior. Some employers have taken working from home even further, like Twitter, which announced in May 2020 that it would allow employees to work from home permanently, CO reported.

Because the pandemic forced companies and individuals to invest in technology and home offices, work from home is more feasible in the long term, the study found. A mass exodus from the office also made working from home less stigmatized.

Lingering fears over the pandemic will likely encourage workers to remain at home, the researchers found. But the benefits of working from home will fall more to higher earners, men, and those with a college education or with children. Those who earn more and want to work from home are more likely to do so, unlike lower earners.

“For most workers, the post-pandemic economy will entail more [work from home] than in the pre-COVID economy but considerably less than they would like,” per the study. “To put it another way, the benefits of a persistent shift to WFH will be broadly felt but flow mainly to the better educated and the highly paid.”