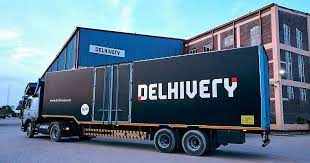 It’s been over a year since the COVID-19 pandemic began ravaging India and disrupted the normal movement across the country, as restrictions and lockdowns took over. In this situation, one of the sectors to come forward in times of need was the logistics and supply chain industry.

And leading from the front is Delhivery, which may soon get listed publicly. In an interview with Business Insider, Delhivery’s chief technology officer (CTO) and co-founder Kapil Bharati shared how the company leveraged technology to make sense of the disruption in logistics and also cut down on costs at the same time.

“We started a bit early, in the beginning of March 2020, and started putting in various interventions in place for COVID-19. So by the time the lockdown actually happened, we had systems in place and the operational processes in place,” said Bharati.

Just two-three days after the lockdown was announced in March last year, Delhivery was up and running in 4,500 pincodes and after 10 days, they were operational in 15,000 pincodes in India.

They also used technology to quickly differentiate between essential and non-essential products to ensure seamless delivery. Kshitij Chopra, co-head, products and strategy at Delhivery explained how they went about it.

“We modified the algorithms to identify the government regulations on what classifies as essential and what is non essential. That not only helped us move shipments or deliveries in the network, but also helped our business development teams to proactively reach out to clients who were shipping the same categories of goods saying ‘hey, you can actually continue shipping,’ because there was so much confusion on ground,” he said.

The second problem was identifying where they can ship, since the containment zones didn’t allow deliveries. “We had people on ground, where we were able to quickly coordinate with local authorities. As and when the definition of essential was changing, we were also upgrading our backend systems,” said Bharati.

And also, this is helping the SoftBank-backed logistics unicorn, which has been cutting down on its losses even before the pandemic. As per reports, in FY20, Delhivery’s net loss stood at ₹284.13 crore from ₹1,781.04 crore reported in FY19.

They also doubled down on fast moving consumer goods (FMCG) and pharmaceutical clients. It was only after two-three months that the demand from e-commerce portals doubled. “After 10 months, we saw the volumes coming back to pre-COVID levels, and pretty much the entire network was up and running,” said Bharati.

For Delhivery, the physical infrastructure is just one part of the operations – innovating on their technology and data science capabilities is another. “We use a bunch of artificial intelligence (AI) and machine learning (ML) optimisation tools to answer questions like the best route, time etc., for delivery. This helps us get to a higher quality of service at a lower cost,” said Chopra.

Delhivery also has a proprietary system, which does geocoding and helps connect last mile riders with end consignees in an efficient way. “Location intelligence is one big area for us, where we continue to develop our capabilities and keep on integrating it back into our system so we can drive more and more automation and system direction. The second is customer intelligence and the third aspect is product intelligence,” said Bharati.

Delhivery’s focus remains in expanding its tech capabilities. The startup had also recently acqui-hired retail tech platform Primaseller in March 2021. And tech leaders of the company said that this acquisition also helped them in getting the right talent into the company. “We continue to look for such companies, startups especially, who are working in the space adjacent to us or in the data, AI/ML side of things. We constantly look for such potential partners that we can partner with or even a possible acquisition,” said Bharati.

Delhivery has recently opened two new offices or data centers and is also hiring aggressively. “We are doubling down on our campus hiring this year,” he said.

SEE ALSO:
After ditching Bitcoin, Elon Musk is now working on making Dogecoin efficient
Four reasons why cryptocurrency Ethereum has been on a bull run

Even small initiatives during a pandemic can help save a thousand lives, these people are doing their bit

Yes, “Work From Home Brain” Is a Thing. Here’s How to Handle It – Well+Good
Asset managers express caution on cryptocurrency after price swings – Financial Times