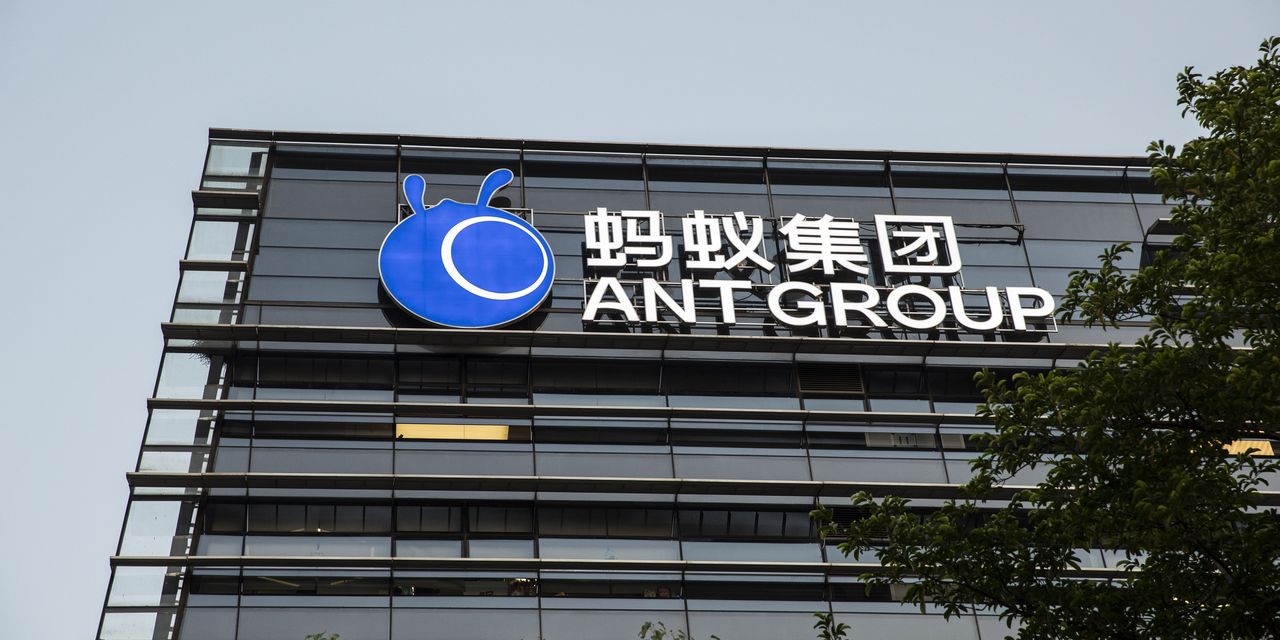 The price of bitcoin and other cryptocurrencies slid Monday after China’s central bank ordered the country’s largest banks and payment processors to take a more active role in curbing cryptocurrency trading and related activities.

The People’s Bank of China on Monday said it summoned representatives of multiple institutions—including state-owned commercial banks and Ant Group Co.’s Alipay—and told them to “strictly implement” recent notices and guidelines from authorities on curbing risks tied to bitcoin and cryptocurrency fundraising activities. It was the latest sign that Beijing is intensifying its crackdown on unregulated virtual currencies.

Bitcoin slipped to $32,824, down 7.5% from its price at 5 p.m. ET Friday, according to CoinDesk. Ethereum, the second-biggest cryptocurrency by market value according to trading platform Kraken, lost 9.4% to $1,988. Dogecoin, which started as a joke in 2013 before setting the internet abuzz and shooting up in price this year, slid 20% to about 23 cents.

The financial firms were also instructed to go through their systems to investigate and identify customers with accounts at virtual-currency exchanges or that trade cryptocurrencies in the over-the-counter market. In such cases, the institutions have to cut off the accounts’ ability to send or receive money for transactions, the central bank said.

Chinese authorities have stepped up a nationwide campaign against virtual currencies in recent weeks, after a powerful superregulator pledged to crack down on cryptocurrency trading and mining in the country.

The regulatory warnings followed a spike in the price of bitcoin, which traded near $65,000 in mid-April, spurred on by celebrity advocates including Tesla Inc. Chief Executive Elon Musk. It has since lost close to half its value.

Among the factors weighing on bitcoin and its peers are the prospect of greater regulatory oversight of crypto trading in the U.S. and renewed efforts by Chinese authorities to restrain the production of bitcoin by power-hungry computers.

Despite those efforts, China has remained a hotbed for cryptocurrency mining.

Up to three-quarters of the world’s supply of bitcoin has been produced in China, but the mining process devours electricity—conflicting with the government’s climate goals.

People in China have also continued to trade bitcoin and other digital currencies via peer-to-peer transactions that involve direct money transfers between accounts.

Some cryptocurrency trading platforms that operate offshore have been facilitating trades between people who want to buy bitcoin with China’s domestic currency, the yuan. In such instances, buyers have used accounts at banks or digital-payments providers to transfer money to people selling cryptocurrencies, often without disclosing the purpose of the transfers.

The PBOC on Monday warned of the risks to economic and financial stability created by virtual currencies, and the potential for the assets to be used for illegal activities. Chinese police recently arrested more than a thousand people who were suspected of using cryptocurrencies to launder ill-gotten funds.

Alipay said it would intensify efforts to monitor and investigate its accounts for cryptocurrency-related transactions, and block or remove offending users. The popular digital payments platform is used by more than one billion people in China and more than 80 million merchants.

Alipay also plans to use risk algorithm models to help detect abnormal transactions, flag suspicious activities, and restrict certain accounts from receiving money. It added that merchants that have engaged in virtual currency transactions would be blacklisted and banished from its platform.

“We reiterate that Alipay does not conduct or participate in any business activity related to virtual currencies,” its statement said.

They pledged to promptly put a stop to such transactions, close bank accounts and report signs of such activities to the authorities. They also called on members of the public to report virtual currency-related transactions to the banks.

Chen Shujin, an analyst at Jefferies, said the central bank’s directive to the financial firms is aimed at cutting off payment mechanisms used by Chinese individuals and businesses involved in cryptocurrency trading and mining. She said peer-to-peer transactions, however, are difficult to track and identify because they tend to be small-scale and anonymous.

“This will make it harder [for people to trade], but it won’t be able to completely shut down this type of transactions,” Ms. Chen said. She added that some individuals could try to get around the rules by remitting funds overseas and conducting cryptocurrency transactions offshore in other currencies.

Write to Xie Yu at Yu.Xie@wsj.com, Chong Koh Ping at chong.kohping@wsj.com and Joe Wallace at Joe.Wallace@wsj.com

Corrections & Amplifications
Chinese police recently arrested more than a thousand people who were suspected of using cryptocurrencies to launder ill-gotten funds. An earlier version of this article incorrectly said police made thousands of arrests. It also incorrectly had reporter Chong Koh Ping’s byline as Chong Koh. (Corrected on June 21.)