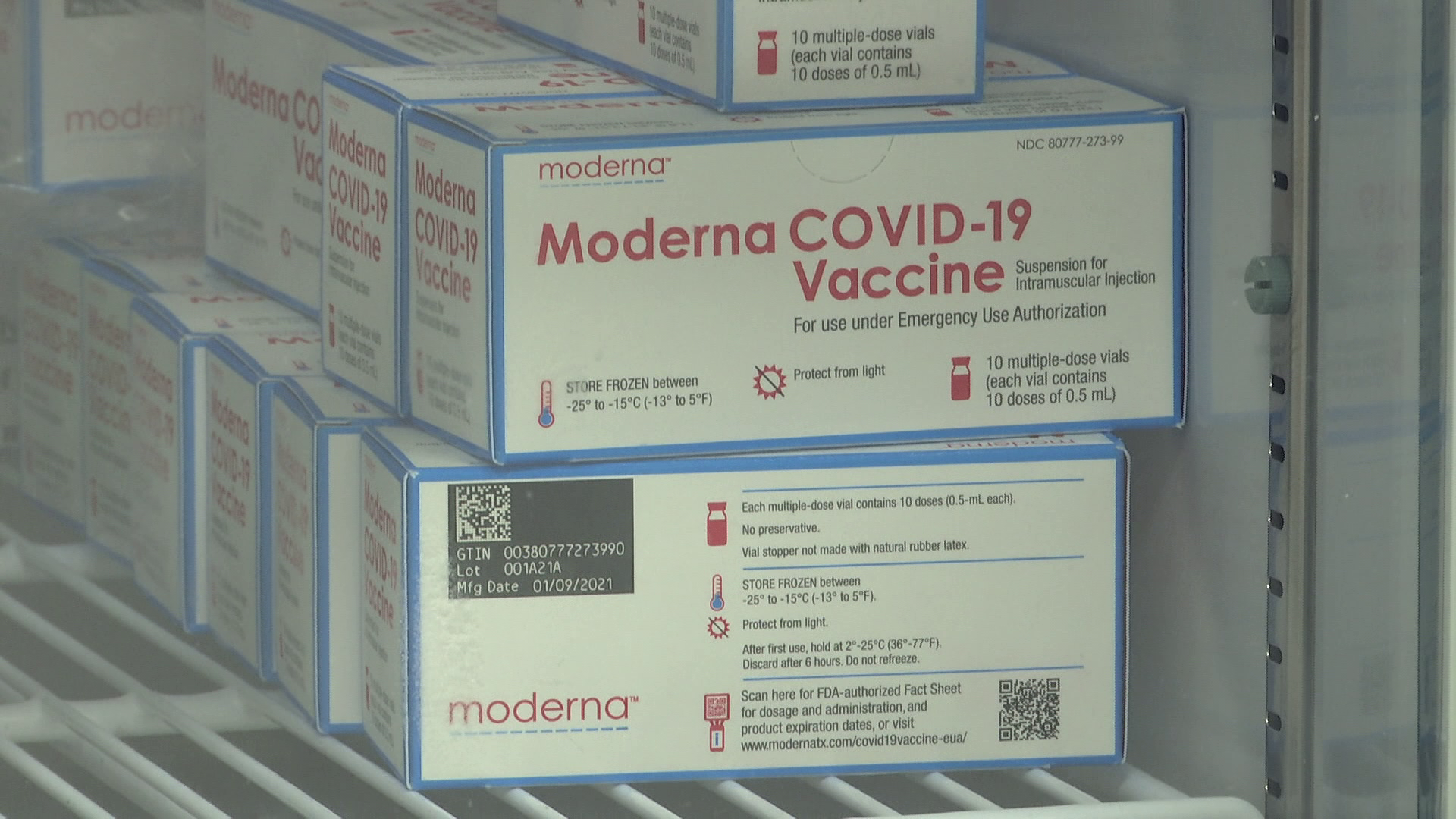 Back in January, just one month after Moderna’s COVID-19 vaccine was authorized for emergency use, fears about a contagious variant strain began to grip the nation – and scientists at Moderna immediately realized this could be a threat.

“We didn’t think we had time to wait,” said Dr. Stephen Hoge, president of the company. “We thought, ‘If we don’t start now, then by the time we get to the fall, we won’t have an updated vaccine in case those variants really become a significant concern and start reinfecting people.”

As millions of doses rolled off the manufacturing line at their facility in Norwood, Mass., Hoge’s team got to work to re-tool the vaccine.

National Public Radio correspondent Allison Aubrey asked, “And within a week, you had designed a new vaccine?”

“We designed that vaccine really overnight, and started manufacturing, and had it, and moved it into clinical trials within a month,” he replied.

It can take years to make a new vaccine, so this was a breakthrough. “How is that possible?” Aubrey asked.

“Well, it has to do with our technology,” said Hoge. “We use something called messenger RNA, or mRNA for short. It’s really just an instruction molecule, kind of like a software program for your cells. It just sends instructions about what the virus looks like to your immune system. So just like a software program, or a Word document, we can simply edit something, change it, and then manufacture it very, very quickly.”

He makes it sound so easy, but it’s taken more than a decade of research, and many technological hurdles. Now, the company has some big plans. “We’ve had an incredible year using messenger RNA to fight a pandemic,” Hoge said. “But we think we’re just starting in the infectious disease space, And so, there’s a large number of other vaccines we’re bringing forward.”

Moderna’s research pipeline includes everything from an HIV vaccine, to heart disease treatments, to vaccines for different kinds of cancer, including lymphoma and melanoma.

Connie Franciosi is already participating in one clinical trial. Diagnosed with melanoma in May 2020, she’s a two-time cancer survivor. And after surgery to remove the melanoma, her doctor had some troubling news: “He did indicate that they had found melanoma cells in my lymph nodes, which meant that I would need to have further treatment,” Franciosi said.

“So, you were at high risk of relapse?” Aubrey asked.

“Yes. I was considered high risk for melanoma again.”

She started on a cancer-fighting immunotherapy drug – and she was offered the chance to get the experimental mRNA vaccine designed to prevent a relapse.

Franciosi said, “When you weigh the possible benefits from something like this, I just had to go for it.”

Dr. Ryan Sullivan, of Massachusetts General Hospital, is treating Franciosi. He said the idea is that the vaccine can help generate the right mix of cancer-fighting immune cells: “It’s definitely too soon to say I’m optimistic, but the jury’s still out. The best-case scenario is that a combination of an mRNA vaccine plus a standard immunotherapy is shown to reduce the risk of relapse. And if we see that happen, it will change the way we treat patients in the future.”

It will take several years to determine this. In the meantime, Moderna’s CEO Stephane Bancel thinks mRNA technology can revolutionize a shot millions of us already get each year: the flu shot.

Currently, flu vaccines take months to produce. “Everything is wrong about it. The very process of making it makes no sense,” Bancel said.

To make the shots, Scientists actually inject flu virus into eggs. It’s a decades-old approach, and, Bancel said, it’s part of the reason they’re not always effective: “You have to start very early on, so you have to guess which strain will be in the U.S. next year.”

So, his plan is to change this. Moderna aims to start a clinical trial later this year, and if it turns out COVID boosters are needed, Moderna wants to combine its coronavirus vaccines with a new flu shot. “So, we’re gonna just throw everything out the window and give you a good, high-efficacy vaccine every winter,” Bancel said. “And then we’re gonna combine it with a COVID vaccine booster, so you can have a nice winter.”

That’s his vision for the future. It’s not clear how this will turn out, but what is clear is that Moderna (which grew from a tiny startup to a household name over the course of a year) is betting on the speed and versatility of mRNA technology.

Aubrey asked Hoge, “So basically, you have developed a delivery system for all kinds of different medications or therapies?”

“That’s really the promise of the technology,” he replied. “It really is the same system every time. Just like we updated our vaccine in January for the new variants of concern in SARS-CoV-2, we can actually update it to go after all of the other viruses that we’re looking at just as quickly. And that really allows us to advance medicines across a wide range of diseases, both in cancer and in vaccines.”

Meanwhile, Connie Franciosi says she’s back to living a busy life, and back into her garden.

Aubrey said, “It seems like you have a lot to live for.”

“I do. There are certain things I can’t change – can’t change my age, can’t change my DNA, or the fact that I’ve had cancer. But I can change my attitude toward it, the opportunities that have been presented to me to do everything I can to avoid having a recurrence.”

And participating in the mRNA research trial also makes her feel she’s giving back.

How to Handle This Job-Interview Question: Would You Rather Work From Home or the Office? – The Wall Street Journal
UK launches plan to capitalise on science and technology breakthroughs – Reuters UK

Apple’s next big technology was…

Biology Starts to Get a…

Macon-Bibb to install technology to…