The great post-pandemic pay debate: Should where you work affect your salary? – CBS News

The great post-pandemic pay debate: Should where you work… 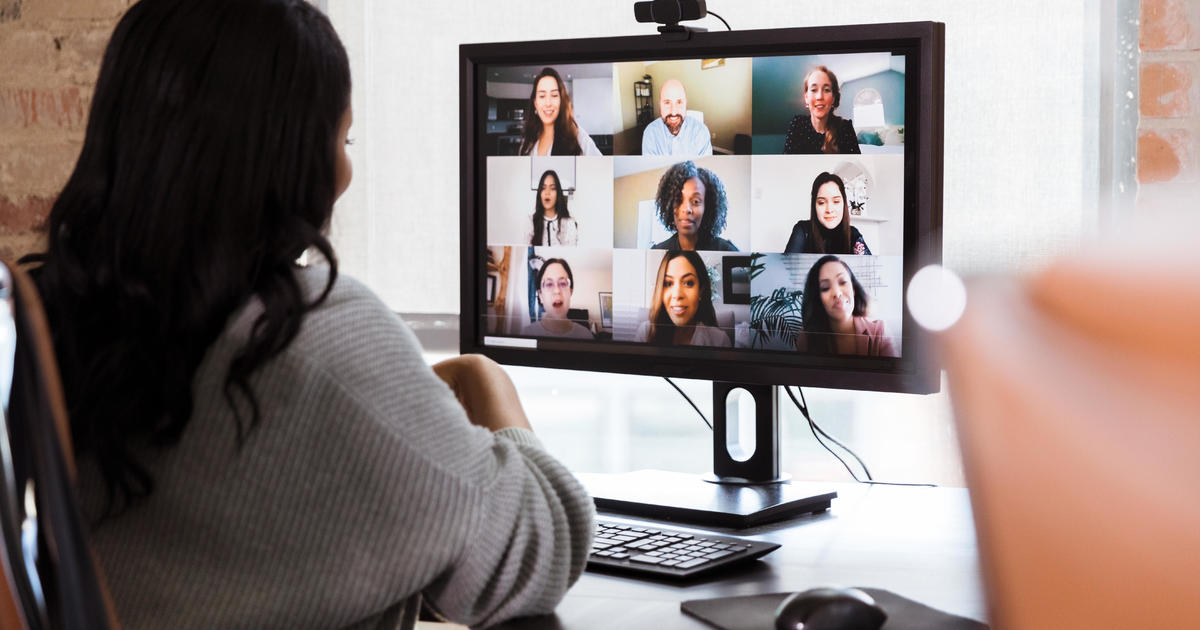 As the coronavirus pandemic ebbs and vaccination rates rise across the U.S., one question is top of mind for employers and employees who have worked remotely for the last 16 months: When — and how — will we ever return to the office?

The approaches companies are taking are all over the map, from a return to full-time office hours to having employees continuing to work remotely in perpetuity. Some corporate leaders are sounding the clarion call for people to come back, arguing that in-person collaboration is essential to organizational culture and even dismissing those who prefer to work remotely as lacking drive or ambition.

“It accelerated a trend, but it does not work for younger people. It doesn’t work for those who want to hustle, it doesn’t work in terms of spontaneous idea generation,” he said recently at the Wall Street Journal CEO Council.

Some bosses are taking an even harder line, saying that remote workers should see a cut in pay. And Catherine Merrill, CEO of The Washingtonian, a monthly magazine focused on politics and culture, suggested in a Washington Post opinion piece in May that people who work from home should be categorized as hourly contractors. She also said managers have “a strong incentive” to demote employees who don’t return to the office post-pandemic. Some senior staff at the publication promptly staged a revolt.

A pay hike for workers who go to the office?

But threatening to cut remote workers’ compensation is counterproductive and would hurt companies in retaining talent in a competitive labor market, according to employment experts.

“If a company values in-office work, then paying people more would be a healthy way to approach it and to have that incentive instead of focusing on who you’re going to pay less,” said Brie Reynolds, career development manager and coach at FlexJobs, a jobs site for remote work. “That would be more enticing from a marketing perspective if they said, ‘This is where we are placing our value,’ instead of devaluing people when it’s not actually based on the work they’re doing, but where they’re working from.”

By offering in-office workers better pay and benefits, a company is also making its values clear, Reynolds added. “If they feel what they say about working in the office is true, they could say, ‘We value working in office so much we want to pay you more to come in.'”

Meanwhile, independent contractor status does not hinge on whether someone works in the office or remotely, but rather relates to who controls the work.

“It’s a legal classification under federal law that examines who controls the terms and conditions of the services rendered,” said Helen Rella, an employment attorney at law firm Wilk Auslander. “Independent contractors are typically people who come in, do a discrete task, and they exercise independent judgment,” she added. “And when that task is complete they move on.”

Social scientists have shown that people tend to experience greater disappointment when something is taken away from them, like money, than they do happiness when receiving something, such as a pay raise.

“We know this is literally probably the single greatest law of human behavior — that losses are more painful than gains are pleasurable,” said Adam Galinsky, a professor of leadership and ethics at Columbia Business School. “Any time you take something away, it is profoundly painful and enraging for people, so I would say cutting things always really has to be done with incredible levels of caution and care.”

Employers could also run afoul of equal pay laws if they paid remote employees less to do the same work as their in-office peers — especially if more women than men have opted to work from home.

“If you happen to have a lot of female employees working remote and they are getting paid 20% less, that would be a problem,” said Aaron Goldstein, an employment attorney at international law firm Dorsey & Whitney.

In some cases, the pandemic resulted in cost savings for employees, who stopped paying for transportation to and from the office, work attire, lunch, coffee and other expenses associated with traditional in-office work.  In addition, some workers moved away from expensive cities to areas with lower costs of living, or to live with relatives.

As a result, some executives have suggested that some employees’ salaries should shrink to reflect the decline in their expenses. James Gorman, CEO of Morgan Stanley, said at the bank’s U.S. Financials, Payments & CRE Conference this month that bankers and other personnel must operate from the firm’s Times Square headquarters in Manhattan to earn their full salaries.

“If you want to get paid New York rates, you work in New York. None of this, ‘I’m in Colorado … and getting paid like I’m sitting in New York City. Sorry, that doesn’t work,” Gorman said.

But some companies saved money during the pandemic as well by reducing their real estate footprints, for example, or passing some of their electricity costs onto employees who have been working from home (and generating higher electric bills as a result).

Ultimately, businesses and employees may be able to come to terms if employers give workers options.

“In negotiations, you can get a better deal for yourself — and have the other side see you as flexible and cooperative — when you offer choices. You can be aggressive and ambitious in your first offer if you present it as choice,” Galinsky said.

For example, a company could present its workers with two different compensation packages — one for in-office work and the other for remote work. Still, experts warn that hybrid work models that pay different groups of workers differently could create tension.

“Anytime you have one group of employees doing one thing and another group doing another thing, you have a chance for an ‘us versus them’ dynamic to take hold,” said Jeffrey Polzer, a human resource management professor at Harvard Business School. “If a specific set of workers returns primarily in-person and another set is primarily working from home, that could create a divide between those two groups that could have dysfunctional consequences.”

Uber will allow employees to work remotely some of the time, backtracking earlier return to office policy – Fortune
Crypto Is Crashing: Should You Invest Now or Wait? – The Motley Fool