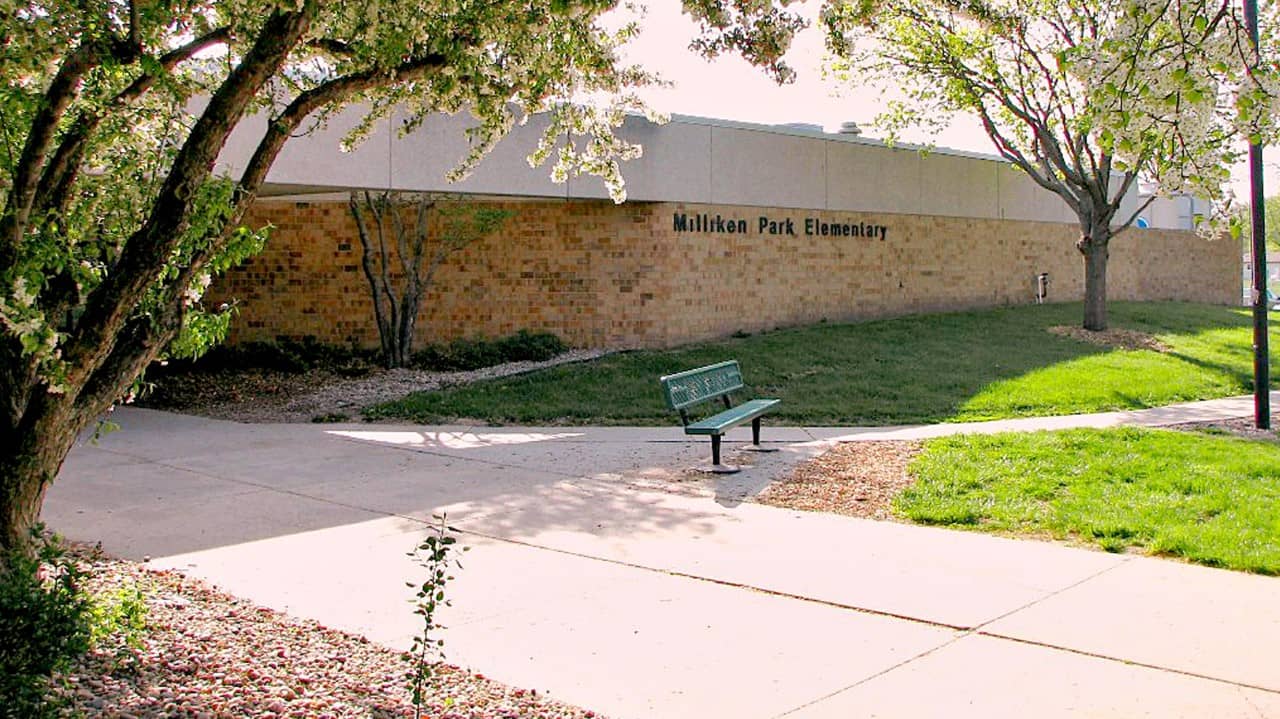 As part of obtaining information leading up to the Board of Education placing the question on the ballot, the District conducted a community survey.

“One of the major themes that the survey results highlighted was related to safety, security and technology,” FPS Associate Superintendent Brad Dahl said. “With 1,477 people responding to the survey, the results have been invaluable in serving as a basis to draw from in relation to size, scope and focus of the bond projects.”

The successful bond issue in 1999 provided the first opportunity for the district to begin the process of providing a single point of entry for most elementary buildings and the newly developed Bell Field Elementary and Fremont Middle School. Officials said that design created a vestibule with a window and a system for allowing entry in a secured fashion after acknowledging the individual’s purpose for gaining access to the building. The high school main entrance was also modified to create a similar single point of entry.

When Johnson Crossing Academic Center opened in 2012, the building featured a similar single point of entry with a controlled access vestibule and the ability to route all visitors through the main office prior to entering the building.

“Over the years we have learned much about the safety and security of K-12 schools,” said Kevin Kavan, FPS Safety and Security Coordinator. “We know that deterrents are one of the main keys in keeping our students and staff safe. The controlled access points not only serve as a barrier to direct access to the building, they allow human interaction with individuals that need access, allowing the staff to gauge their frame of mind.”

The 2000 update to the high school provided the single point of entry and secured access. Better accessibility to the facility was not accomplished through these modifications.

The entrance on Lincoln Avenue is attractive and has served its purpose for the past 20 years. In the proposed list of projects is a new main entrance on the south side of the building with access from 16th Street. The relocated main entrance would allow for greater accessibility to the building from the south parking lot and provide a secured entrance.

“If you’ve attended events in the Nell McPherson Theatre, you know that accessibility can be a challenge,” FHS Principal Myron Sikora said. “This upgrade will provide for more direct access to the south side of the building and provide for new ADA-accessible restrooms serving that end of the building.”

The north end of the building will also receive a new entrance with direct access to the two competition gymnasiums. The activities office will be moved to the north entrance and serve as a secured access point.

“The new entrance will not only allow for access to the gyms, it will be located closer to the parking lot which is key for parents, grandparents and other fans who come to support our student-athletes,” FHS Activities Director Scott Anderson said.

Milliken Park Elementary, which was built as part of the 1978 bond issue, is an open space-designed building. The facility accommodates small and large group activities 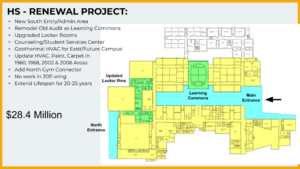 but is very limited when student safety and security is considered.

The office is not currently located at the main entrance and once a person is inside the building, the individual has access to most areas. As a part of the bond issue, walls will be constructed and the main entrance area will be redesigned to create a secured single point of entry.

Technology is the other point of emphasis highlighted by the community survey and recognized by the citizens committee. When considering that the three elementary buildings being replaced and the large section of the high school which is being renovated, were constructed in the 1950s and 60s, and the first personal computers began to be introduced in classrooms in the early 1980s, electrical and connectivity needs have changed greatly.

The three elementary buildings slated for replacement have classrooms equipped with one outlet in the front of the classroom and one in the back. Each of the district’s 5,000 students now have access to a computer device on a daily basis.

“The district has done an outstanding job of providing connectivity, but the challenge is having enough access to electricity in the classrooms for keeping the devices charged,” said Cliff Huss, FPS Director of IT. “With every student having a portable device, at some point during the day or night, 5,000 devices need to be recharged. This doesn’t even take into consideration other devices utilized in the classroom that require electricity.”

Heidi Richmond, co-chair of the Task Force for Kids campaign committee encourages everyone to visit the district’s website at www.fremonttigers.org.

“The opportunity presented with the no tax-levy increase bond issue provides our students with a better environment that is more conducive to learning, and the community a giant leap forward in providing an environment that meets the safety, security and technology needs of today and tomorrow’s classrooms,” Richmond said.