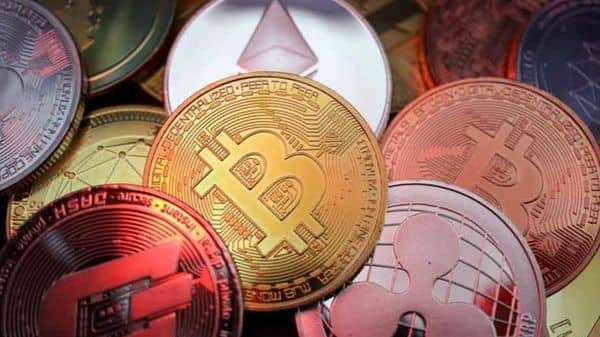 Cryptocurrency prices plunged today as Bitcoin declined from its all-time high it had hit two days ago after the debut of the first US bitcoin futures exchange-traded fund. The price of the world’s largest cryptocurrency by market capitalization was trading 4% lower at $62,740.

Ether, the coin linked to ethereum blockchain and the second largest crypto, was down over 2% to $4,112, as per CoinDesk. Cardano prices fell nearly 3% to $2.16 whereas dogecoin also slipped 3% to $0.24. Other digital tokens like Shiba Inu, Binance Coin, Litecoin, Uniswap, XRP were also trading with cuts over the last 24 hours, though, Solana was up over 10%.

Bitcoin on Wednesday rallied to a record high of $66,974, the recent rally came after six-months from its previous top of $64,895, fueled by the debut of the ProShares Bitcoin Strategy ETF. Investors have bet the long-awaited launch of bitcoin ETFs will lead to greater investment from both retail and institutional investors.

Yet analysts at JPMorgan voiced doubt over how long-lasting the boost to bitcoin’s price from the ProShares ETF, which trades under the ticker BITO, would be. “Will the launch of BITO by itself bring significantly more fresh capital into bitcoin? We doubt it given the multitude of investment choices bitcoin investors already have,” they wrote in a note, as reported by Reuters.

The ETF doesn’t invest directly in Bitcoin. It instead invests in the futures market tied to Bitcoin. Someone with an old-school brokerage account can buy the ETF, for example, without having to open a trading account for crypto.