Cryptocurrency Exchange Fees Are A Mess. Will They Ever Improve? – Forbes

Cryptocurrency Exchange Fees Are A Mess. Will They Ever… 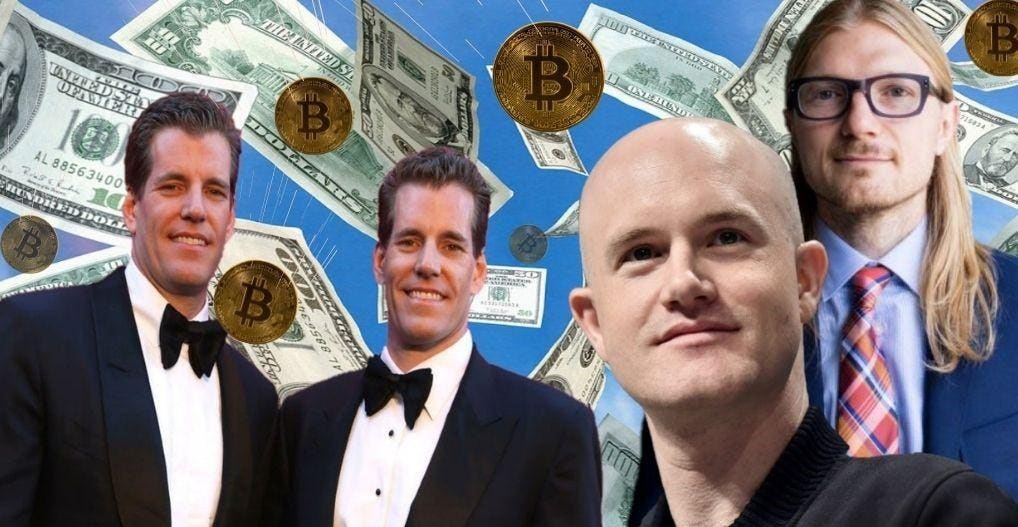 If you’ve ever tried to sell Bitcoin, turn it into dollars, and then deposit those dollars back into your bank account to lock in a gain, you’ve noticed that – depending on the transaction size – that Coinbase has taken away $20, $50, $100…

You’ll never really know the exact amount until you’re ready to lock and load. It’s not a Coinbase issue. Gemini and Kraken’s fee structure is also cumbersome. This isn’t like the old E*Trade, where you would pay upwards of $7 per transaction at times. (Now it’s free). It was costly, but at least you knew instantly what the fee was.

If you’re a regular cryptocurrency trader, like me, and like to cash out and book those gains into fiat to buy hard assets, or reload an IRA, then these exchange fees are sure to drive you wild. When will there be more clarity on fees?

There’s no timeline for this. Maybe it happens fast. Maybe it takes a few more years of being soaked for certain trades and withdrawals. Competition is the main thing that will drive rates lower.

“I think over time, more competition will come as more firms enter the space and trading fees will compress,” says Martin Green, co-chief investment officer and CEO off Cambrian Asset Management in Mill Valley, Calif. He says retailers are the ones getting soaked. “We don’t pay the types of fees that retail pays.”

Most of the exchanges are moving in this direction, with pro-trader versions of the product that reduces fees or cuts them out to zero, depending on the transaction and quantity of transactions. Each exchange is different. There is no set language so it is hard to compare one to the other. It’s not like comparing TD Ameritrade with E*Trade.

Why are fees so cumbersome and hard to nail down? Because each exchange is different, and each transaction is processed differently on the blockchain, things like Ethereum “gas fees” and multi-chain transaction costs come in to play. Each individual trade is not going to be settled on the blockchain by one exchange. The cost comes from moving assets from off exchange to on-chain.

Imagine your digital purchase being blown apart and going through multiple pipes and each pipe charges a tiny amount until it goes through the Coinbase or Gemini pipe. It’s sort of like that. Call that cryptocurrency blockchain for dummies. I won’t pretend I’m a Wired geek on this one. I’m just an investor.

“Blockchain fees which typically occur when withdrawing money from exchanges have increased dramatically due to the demand. U.S. dollar tether (USDT) usage is now mostly on the Ethereum blockchain but at the same time many of the other coins are using the same blockchain which increases the competition between transactions. The only way to prioritize what transaction goes first is the fee. The highest fee wins so to speak,” says Adrian Pollard, co-founder of a exchange software company called HollaEx.

This is why I invested in 1inch; for the DEX play. (And its unicorn logo is a mean version of the Uniswap logo.) I haven’t done well in it yet (bought in the 3s and near an all-time high), but I put some more money to work in 1Inch on Friday. I do not own Coinbase.

The 1inch Network is a DEX aggregator (and a swap project like Uniswap) that searches for better pricing across multiple liquidity sources, giving their exchange users the chance for lower rates than Coinbase. A DEX aggregator would be the blockchain version of what Expedia does for hotels.

DEX’s operate without the involvement of a central authority or third party.

“Decentralized exchanges rest on various blockchains and require specific smart contracts to operate. On the other hand, centralized exchanges are run by a third party, which collects trading fees,” says Sergey Maslennikov, chief communications officer for 1inch. “Also, CEXes do not sit entirely on the blockchain. Because CEXes are not on the blockchain, they are faster and it is possible to transact fiat as well as crypto.”

Last month, 1Inch announced that their 1inch API will be integrated into the Ethereum wallet Dharma to power its swap functionality. So investor trades on Dharma will be executed by 1inch, including buying tokens from a bank account and selling tokens to a bank account.

The proliferation of DEX platforms is good for fee compression.

“There are a lot of scattered projects out there. Everyone wants to become a leader in one niche,” says Slavi Kutchoukov, the man behind the Slavi DApps platform (and yes, SlaviCoin.) “With a DEX, trading is peer-to-peer and there’s no central intermediary to pay, so the fees are much cheaper than on a traditional crypto exchange. We think a platform like ours gives people more than enough benefits to pull people away from traditional stock trading platforms and into the world of DEXs.”

Crypto exchanges have an edge against traditional trading and financial platforms because they use crypto wallets while traditional platforms use banks to back the money. The cryptocurrency exchange industry will most likely centralize around a bunch of exchanges and crypto custodian wallet providers, thinks Pollard. That should help smooth out the different fee systems across the biggest exchanges used daily by retail investors.

For example, PayPal helps contribute to smoothing out fee issues because now anyone can send crypto to one-another for free on PayPal. That’s moving in the right direction.

Ethereum “gas fees” don’t help with fee structures, either. Gas fees are the price paid to move crypto trades across a blockchain, in simple terms.

Ethereum users have to pay somewhere between $50 to $90 for a single transaction. That can affect certain trades in certain cryptocurrencies. To overcome these problems, many Layer-2 scaling solutions have been created with the most popular being Polygon, Optimistic Ethereum, Arbitrum and zkSync. Users have to use the bridge service to transfer their assets from Ethereum to one of these Layer-2 networks in order to significantly reduce gas fees while increasing transaction speeds, but most retail investors are not going to be trading in this world. They just want to put $100 down on a Cardano coin, or keep feeding their Bitcoin wallet and taking some money off the table to swap out BTC for USD and deposit back into the real world of checking and savings accounts.

There is also a big different between the U.S. exchanges and those in Europe.

“There is a tremendous amount of global competition and trading, but there is very limited competition for U.S. investors,” says Green from Cambrian. “The markets outside of the US…they are a multiple of the size of here and the fees are much lower.”

That also happens to be where most of the DEXs are.

U.S. options for crypto exchanges is small, but growing and this will cut fees over time. In fact, we have probably hit peak exchange fee.

“It’s frustrating to deal with today,” says Green. Cambrian takes an “agnostic” approach to buying cryptocurrency for its investors. They’re less interested in valuation metrics and market paring and operate on more like a data-heavy quant fund. They trade on various exchanges. “It will get cheaper and faster over time,” he says. “Just remember how the internet was back in the day. When you’re talking about the internet of money, you’re working off the equivalent of a dial up modem to connect… the analog to that when you’re moving money around is the transaction fees and the latency, all adding to the time it takes for a transaction to close. It’s going to get better over the next few years.”

Disclosure: The author currently has holdings in 1inch and Bitcoin, both mentioned in this article.

‘Hours of my life I’m never going to get back’: As offices reopen, workers resist bringing back the commute – USA TODAY
Shawnee Senior Happenings: Tune in for technology classes – Shawnee News Star