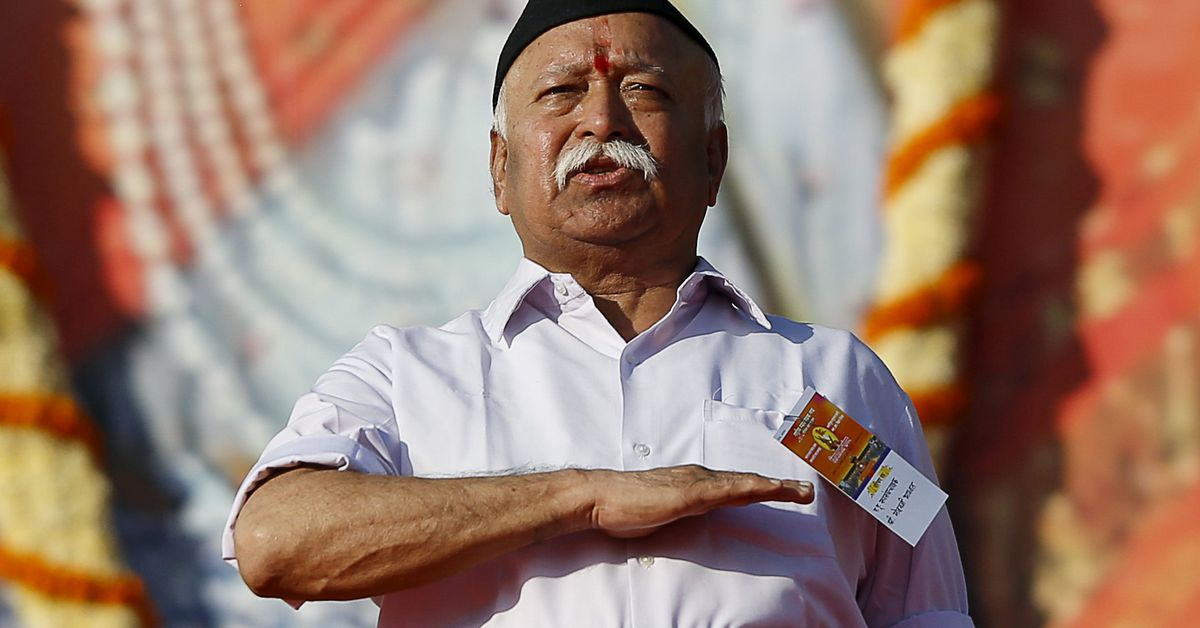 Mohan Bhagwat, chief of the Hindu nationalist organisation Rashtriya Swayamsevak Sangh (RSS), gestures as he prays during a conclave on the outskirts of Pune, India, January 3, 2016. REUTERS/Danish Siddiqui/File Photo

“There is a need to regularise these things for the larger good of the society,” said Mohan Bhagwat, head of the Rashtriya Swayamsevak Sangh, the ideological parent of Prime Minister Narendra Modi’s Bharatiya Janata Party.

Netflix, Amazon and Walt Disney Co (DIS.N), another major streaming platform in India, did not immediately respond to requests for comment. Bitcoin and India’s Association of Blockchain & Crypto Entrepreneurs could not immediately be reached.

“A currency like bitcoin – I don’t know which country controls it or which rules govern it,” Bhagwat said in a speech to followers marking the Hindu festival of Dussehra on Friday. “The government should do it. It has to do it.”

Modi’s government often looks to the Hindu group for policy guidance, but has refrained from regulating streaming platforms. Movies and TV shows, however, must go through a censor board.

The government prepared but did not submit a bill to parliament earlier this year that would have banned trading and holding cryptocurrencies. read more

Local media has reported the government was looking to tax cryptocurrency trades and the exchanges, traders and lawyers that support them in the country.

Reporting by Shilpa Jamkhandikar in Mumbai; Editing by William Mallard

Can’t work at home? Done with the commute? Meet the hybrids – The Irish Times
The Best Assistive Technology for Dyslexics – WIRED