No, working from home should not mean a pay cut – Sydney Morning Herald

No, working from home should not mean a pay… 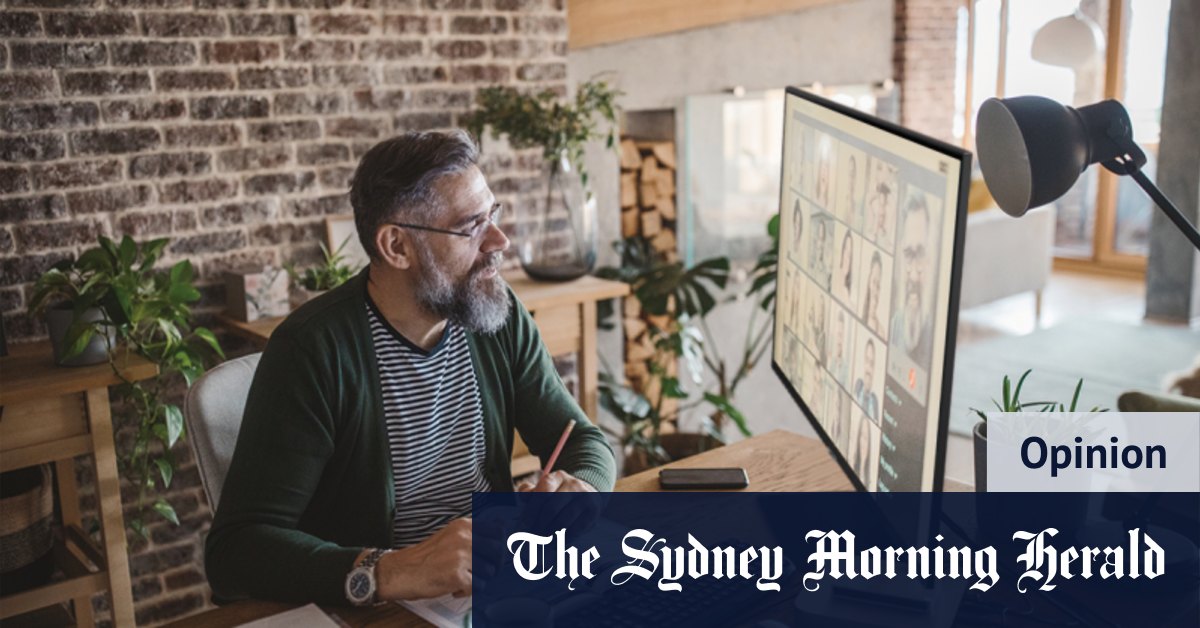 Australian labour laws prevent companies from imposing a pay cut unilaterally – though they can require regular attendance at an office unless a public health order stipulates otherwise. However, employment lawyers say location-based pay could be introduced for new employees by writing it into their contracts.

It’s time to nip the whole narrative in the bud.

First, a caveat: We’re not talking about all jobs or even most jobs. We’re talking about jobs that are mainly done in an office, on a computer, with limited contact with the general public.

Census data from 2016 suggested 35 per cent of workers had jobs that could be done from home, while an estimated 40 per cent of people worked remotely during the 2020 lockdown.

It tends to be workers with higher education levels and higher incomes, so this is not a discussion about minimum wage.

Of course, the employee benefits from having the choice to work from home. The Productivity Commission says in 2019, full-time workers in Australia’s major cities spent an average 67 minutes a day commuting. That translated to $49 a day in forgone earnings, not including the vehicle cost, or $57 a day in forgone earnings and fares for those who took public transport.

Employees ditching the commute save that time and money and many individuals find it allows for better work-life balance. The Deloitte research suggests the hybrid option is especially valued by carers, Millennials and ­employees of large businesses.

But here’s the thing: There are cost savings for the employer as well.

When employees work from home, the staff member is funding the cost of the office space, the electricity and the internet connection.

And, as the Productivity Commission acknowledges, if remote or hybrid working becomes the norm, over time employers will be able to reduce what they spend on commercial rent.

While some companies have used the pandemic to become fully remote, these are outliers. Most businesses say they intend to retain office space – but if they don’t need as much of it, the cost savings will still be significant.

A report by PricewaterhouseCoopers called The Future of Work: Changing Places predicts many organisations will reduce their central property footprint, triggering a fall in commercial rents in the central business districts of Australia’s major cities.

A study by PwC Germany found reducing floor space by 20 per cent would deliver 8 per cent cost savings over the first 10 years for businesses, though it needs to be weighed up against the costs of breaking leases early or diminishing employees’ experience.

Meanwhile, most studies of productivity during the pandemic concluded remote working made no difference.

A nationally representative survey of 1457 people in May and June 2020, published in the Productivity Commission report, found the overwhelming majority of both managers and employees believed productivity was the same.

While working remotely could increase co-ordination costs, reduce serendipitous interactions, knowledge sharing and collaboration, it also increased productivity because employees were less distracted and had more autonomy to control their own schedules. Some employees worked longer hours, increasing output.

If all this was possible when working parents were juggling remote-schooling, imagine how much better it will be now schools are operating normally.

What we actually need in Australia is wages growth. Inflation in the June quarter was 3.8 per cent on the back of pandemic price shocks (with the September quarter to be reported this week) and housing affordability keeps worsening. Wages are not keeping pace, which means workers are getting a pay cut in real terms, whether they’re working remotely or not.

For the record, the Productivity Commission believes wage reduction as a result of working from home is “unlikely at aggregate level”. Given there’s no justification, it’s just as well.

Caitlin Fitzsimmons is the social affairs reporter for The Sydney Morning Herald.

The Opinion newsletter is a weekly wrap of views that will challenge, champion and inform your own. Sign up here.

Work from home? Check out…

A Smart Manager’s Guide to…

Working From Home Has All…

Since COVID, more companies are…

The Future of Work From…