Toyota Is Accused of Using Stolen Motor Technology in… 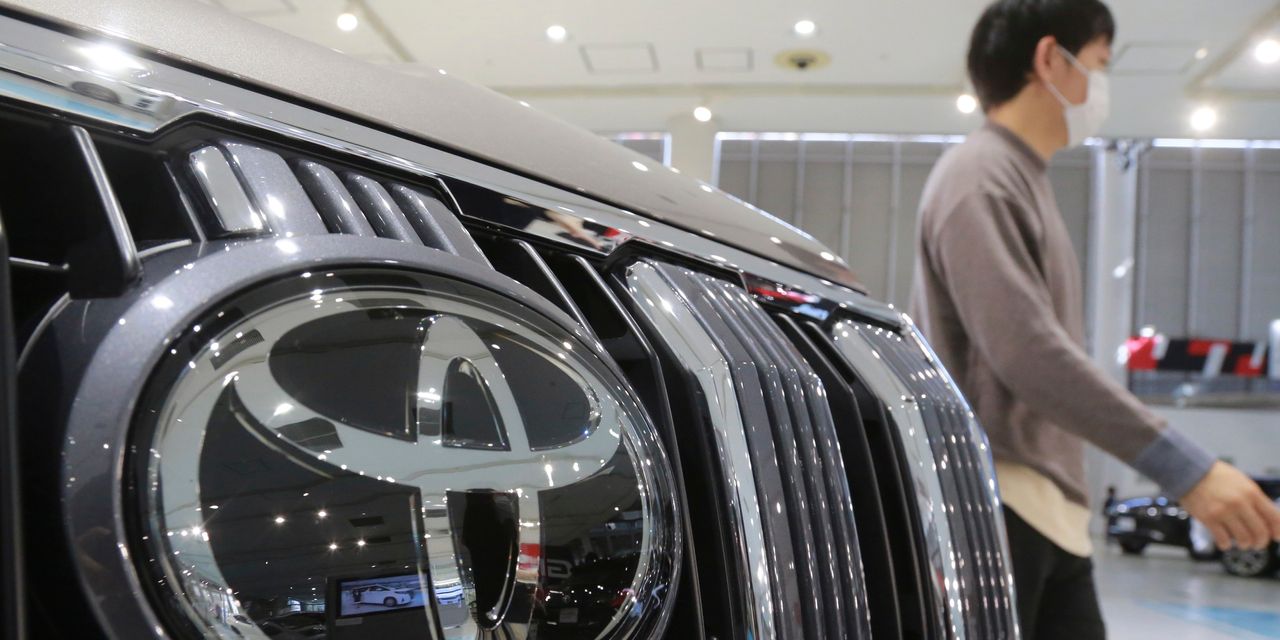 The suit comes during rising tensions within the global supply chain as suppliers such as Nippon Steel grapple with higher raw-material costs.

Nippon Steel has long supplied the backbone material that goes into Toyotas sold around the world. Recently, Toyota also has been doing business with a rival supplier, Chinese steelmaker Baoshan Iron & Steel Co. 600019 1.04%

Nippon Steel’s suit in Tokyo District Court names both Toyota and Baoshan. It contends that the Chinese company infringed on a patent for a material used in the steel sheets that form the core of some electric car motors, and that Toyota continued buying from Baoshan even after it was told of the alleged infringement.

The Japanese steelmaker sought an injunction to prevent the manufacture and sale of Toyota vehicles that use motors with the material in question, as well as damages equivalent to about $176 million. It sought the same amount from Baoshan.

A personal, guided tour to the best scoops and stories every day in The Wall Street Journal.

Toyota said it checked with Baoshan whether the Chinese company’s materials infringed on any patents and received written assurances that they didn’t. Toyota said Nippon Steel and Baoshan should have settled the matter between themselves.

“We have learned of this lawsuit with great regret,” Toyota said. It described Nippon Steel as an important business partner.

Baoshan, also known as Baosteel, said it didn’t agree with Nippon Steel’s claim and would defend its interests in court. Baoshan said it had sought proof from Nippon Steel and said the Japanese company refused to cooperate.

Nippon Steel didn’t say which vehicles it wanted covered by the injunction, and Toyota declined to say how its operations might be affected by the suit.

The lawsuit is notable in that it was even filed. Disputes between Japanese car makers like Toyota and their suppliers rarely spill into the open. For many decades, Japanese manufacturers have offered steady business in return for loyalty from companies like Nippon Steel.

Now those relationships are under pressure. Japan’s new prime minister, Fumio Kishida, has called on big companies to stop what he calls bullying of suppliers. “Profits are not being distributed properly in the supply chain,” he said in September.

Tempers have flared most recently over who should shoulder the burden of rising iron ore prices.

At an August earnings news conference, Nippon Steel executives expressed frustration with contracts that they said made the supplier swallow any rise in raw-material costs. The company’s president, Eiji Hashimoto, has said Japanese customers demand unreasonable terms compared with others.

Such expressions of dissatisfaction are unusual in Japan, said Thanh Ha Pham, a Tokyo-based steel analyst for Jefferies. “Until now, Nippon Steel was a very Japanese company, respectful of these relationships with customers, and Toyota was the emperor,” Mr. Pham said. “But Nippon Steel has a new sheriff in town, the president Hashimoto. He’s picking a fight with Toyota.”

Since taking the job in 2019, Mr. Hashimoto has been shutting down plants and older production lines in Japan to bolster profits. Meanwhile, he has doubled down on cutting-edge steel products, such as the electrical steel sheets that form the basis of Thursday’s lawsuit. The material forms the central hub of an electric motor and involves a complex manufacturing process to make the steel highly conductive.

Last year, Nippon Steel announced it would spend roughly $1 billion to expand production of these steel sheets by around 40%, with Toyota seen as a prime customer for the part.

Nippon Steel said it wanted to keep selling to Toyota despite the suit, which it said was necessary to protect its intellectual property. “We have various transactions with Toyota, and the fact that it is an important customer of ours will not change,” said Nippon Steel spokesman Tsuyoshi Yoshizumi.

Corrections & Amplifications
The first name of Thanh Ha Pham incorrectly was given as Tanh in an earlier version of this article. (Corrected on Oct. 15)